Saturday 26th January ’13 saw the 5th Annual Winter Festival bring a variety of UK and international artists to the stage to tantalise the musical taste buds of an appreciative and lively crowd.

The event was compered by the productive Issac Natural with additional music supplied by Channel One Sound System.

All artiste performed a selection of either current tracks or ever popular tracks from their albums.

Video by Supremetv of Concious Radio

view the rest of the pictures in the events  page

Sharon has contracted cancer of the breast and has chosen to have holistic treatment rather than alternative chemotherapy, radiotherapy or surgery.

The event organised by Binghy Man (Djolof Roots Sound) is to raise awareness for all and to ask people to say ‘Yes to life’ by donating to www.yestolife.org.uk/sharondouglas

Many Artist came along and donated time and effort to raise awareness and perform on behalf of beloved sister Black Flower and still ask that individuals visiting this page that know and have heard of cancer do donate continuously.

Please view the pictures in the event tab and comment and share the awareness of the cause.

Immortal Technique, the reality rapper came to D’Gaf in Stratford, Maryland Point by invitation from D’GAF, RESTLESS BEINGS & FREEDOM BEATS to give an opportunity for individuals and fans alike to get an insight and opportunity to learn the bigger picture from his experiences.

Immortal Technique explained what he has learnt, sometimes the hard way about; how others interpret his lyrics, what it means to be independent, how money can reveal the real inner self, the reality of the Illuminati, what the value of money is, and more…

When he arrived at D’Gaf with his entourage he was given a warm welcome before being led to a wonderful banquet from the D’Gaf menu, a must try for you also when your in the area.

With his hunger pacified Immortal Technique was applauded to the stage by his host Usaama and the crowd.

He opened with a recollection of his recent escapades enlightening the audience about the impression his lyrics and others might put over and the reality that other will be out to find the truth behind the man & lyrics.

Immortal: You rap about being ‘gangster’ and then come to London, guest what?, there are groups that wanna test you. You rap about being a ‘pimp’, and then go out one Sunday afternoon with your mom, you can guess right that a fool will approach thinking your got a special on the oldies this week.

Immortal: Realize when you boast about being a ‘gangster’, you are most probably a thief. A ‘thief’ looks at robbing your goods and money and taking them while you’re not in. A gangster aims for you to rob and or use their property and money and then makes demands upon you with the threat of “well, either you do this (performance) or we take away your liberties, causing you to go into convulsion similar to a drug addict due to you having got accustomed to the money and or the circumstances that came along with the gangster’s benefits..

Sound familiar to any and many government actions?…

Soon after Immortal Technique opened the microphone to the audience, which was filled comfortably with ‘Everyone’. See gattalogue

The questions and answers varied and covered aspects which allowed others to get his experiences from not only being independent also about what it took and what he had to lose to gain independence.

Immortal Technique took questions on the content of his lyrics, which have been controversial in their subject matter and gave a good account of how it has allowed any to discuss this issue, which might have remained underground.

He did draw attention to other items that have not been covered or dealt with within the Hip Hop community at present.

Immortal Technique took one question from Aaron ‘Drapez’ of the Mixtape Project: “Has any famous musician approached you to sign for their label? Have you turned them down and if so, why?”

Immortal Technique confirmed he has been approached and was in a position to question them why they wanted him and what could they provide for him when he had so much things going for himself. It was not really a turn them down as much as he refined their offer to giving them a specific slice on Immortal Technique’s terms rather than the other way round.

Immortal Technique gave insight into his desire from early not to fall into the holes that have been deliberately left open for any to fall into. He went deep into what to buy with your money from the hustle and its secondary value.

Immortal Technique has been accused of being slow with only a few albums in a long space of time and this was explained as the ‘benefit’ of being independent as he has taken on the role of wearing different hats on different days giving further insight to contracts with artists, shop floor marketing, merchandising and distribution which are aspects handled by the big conglomerate when most other artist sign with a ‘major’.

Immortal Technique’s rationale was that you can still do a deal with a major although you should be aware that you may be charged over the odds for services from your side of the split. Therefore the ‘major’ keeps their side of the cut, say 70% and then eats from your 30% to ‘help’ you reach your goal.

He went onto other subjects about values and for each individual to be pure to themselves and come correct from their heart.

Overall the Immortal Technique Question and Answer is a resounding success for the audience whom got the intimate opportunity to see behind the veil and Immortal whom got to reveal many truths.

, audio signatures and for each participants to saviour the moment.

Paraylmpics: Festival of the Flame

The Paralympics closing ceremony celebrates the exuberant spirit of festivals and the circle of the seasons.

Windstorm: Horn blowers signal the wind is coming the dreamers awaken to protect, as a storm is on the way. 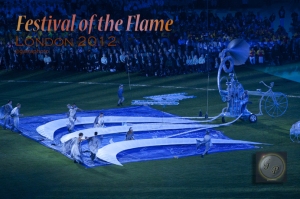 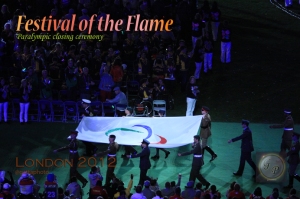 Heart of Many Nations: As the flags of 164 participating nations enter the stadium, as Mackenzie delivers a speech (mesmerizing, spellbinding speech) from atop the sundial stage.

Truck invasion: As circle patterns are burnt into the ground (arghhh, harming mother earth) a motorcade of amazing trucks invade the stadium to entrancing music by David Arnold.

Spirit of the Games: Dr Whang Youn Dai, tireless champion of the olympic movement presents two awards to athletes. Then recognition is given to the games maker volunteers by six newly elected members of the IPC Athlete’s council. 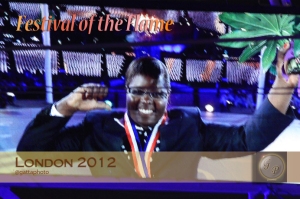 Autumn: Coldplay open their set which travels through the seasons, as they entertain the crowd with ‘us against the world’, ‘yellow’, ‘up in flames’ and ‘paradise’

Winter: Blue painted warriors appear alongside the snow queen as Coldplay perform ’42’, ‘god put a smile on your face’

Joy: The Rio 2016 begins with popstars and ‘dance battles’ among disabled and non-disabled dancers.

The Final Flame: President of the International Paralympic committee, Sir Philip Craven and Chief of London 2012 Organising Committee, Lord Sebastian Coe say farewell before the cauldron is extinguished and then Coldplay is joined by Jay-Z & Rihanna ‘run this town’

Finale: Coldplay perform ‘the scientist’, then the evenings cast join Coldplay for ‘every teardrop is a waterfall’

view further moments of the day

Live Fridays – what you missed

LIVE FRIDAYS is an entertainment night held at the Nomad Bar in Old Street London by the Home B4 Midnight team.  Every week the event features a different line up and mix of live band, solo singers, musicians, poets, comedians and solo artists.

The event also encourages members of the audience to take part in open mic jamming sessions (which has proved to be a real hit!) before we party on with music courtesy of a selection of real dj’s.

view a selection of photos in the gallery 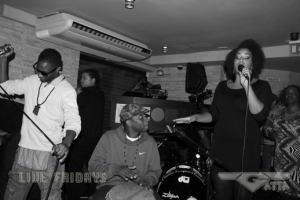 The cultural olympiad event celebrating 50 most outstanding Jamaican Women at Southwark council building was a wonderful occasion to network and educate. With a wine reception and tantalising buffet and with the book signing by Andrea Campbell whom was also co-hosting alongside Chermiah Hart.

The talk highlighted women in business, literature through to medicine and was shared with the audience which consisted of men & women of various fields that not only listened but also contributed to the information given.

Further Pictures in the gattalogue.

The cultural olympiad event celebrating 50 most outstanding Jamaican Women at Southwark council building was a wonderful occasion to network and educate. With a wine reception and tantalising buffet and with the book signing by Andrea Campbell whom was also co-hosting alongside Chermiah Hart.

The talk highlighted women in business, literature through to medicine and was shared with the audience which consisted of men & women of various fields that not only listened but also contributed to the information given.

Further Pictures in the gattalogue.

On Friday 3rd August 2012, Rootikal returned to East Village and collaborated with Reggae Roast to recognise 50 years of jamaican independence with a special dance featuring a live PA from one of the all-time greats, namely Cornell Campbell. 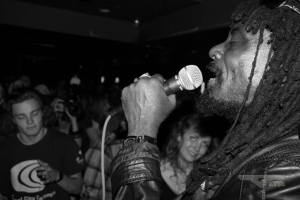 Cornell’s distinctive soulful sound has been been blessing us for over fifty-plus years.

check out further pictures in the Rootikal tab.

His career began at Coxsone Dodd’s Studio One, where he recorded his first track at the age of Eleven.

END_OF_DOCUMENT_TOKEN_TO_BE_REPLACED

Wheelchair basketball has been around for a while and it is Development Officer Ruth Eytle’s aim to oversee the benefits of an excellent sport passed onto as many individuals as possible. With coaching lessons and officiated in games at most levels it definitely is the game for the whole family yo enjoy.

Ruth is looking to encourage everyone to partake in wheelchair basketball as it is aimed at new beginners and accustomed individuals of all abilities.

Contact Ruth for further information as to how the game can be brought to your area and neighbourhood, if not there already. 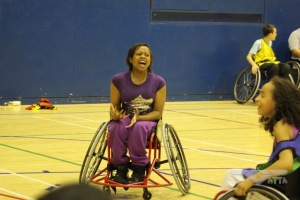 Further Photos in the Gattalogue/basketball